That sentence is probably not something that many San Diego Padres fans expected going into the 2016 season. He had a pretty good April, and then struggled a bit during May. However, since the beginning of June, he has been absolutely on fire, showcasing all five tools and putting himself within reach of a big league spotlight he hasn’t seen since he was named Rookie of the Year in 2013.

Without further ado, here are ten reasons why Wil Myers should be the hometown All-Star on July 12th at PETCO Park.

Where do we start? Wil Myers has been absolutely splendid all around, and the statistics prove it. He is currently tied, along with Nolan Arenado and David Ortiz, for 13th in all of baseball in wins above replacement (fWAR). He easily leads all MLB first baseman in that category by a half of a win. That is insanely impressive. He is tied for 11th in all of baseball in home runs (four off the lead), 8th in RBI, 20th in wRC+, 21st in ISO, and is 9th in BsR (baserunning statistic). Simply put, all-around, he has been the best first baseman in all of baseball.

2. He Has Made Padres Baseball Watchable Again

The Padres haven’t had a player like Wil Myers in a long time. Like, a long time. In a season that was lost after the first pitch of Opening Day, the Padres organization desperately needed a player to break out. That player has been Wil Myers. He is becoming a name that even the casual fan is coming to know. Now, whenever you go to Petco (at least the games that I have been to this season), there are Wil Myers jerseys aplenty. To the casual San Diego fan, Matt Kemp is no longer the only recognizable face in the organization. Wil Myers is too. That speaks volumes to his performance this year.

3. His First Base Defense

For being a player who once did not have a position, first base has been a godsend for Wil Myers. He has been absolutely rock solid at first base, with three defensive runs saved, a UZR of 6.4, and a UZR/150 of 12.9. These are all obviously career- bests for Myers. He was once viewed as a liability on defense in the outfield, but now, is a plus defender at a position he should only get better at. He hasn’t even been playing first base for a year and is already a great defender. The work he has put in at first base makes Wil Myers ASG worthy. 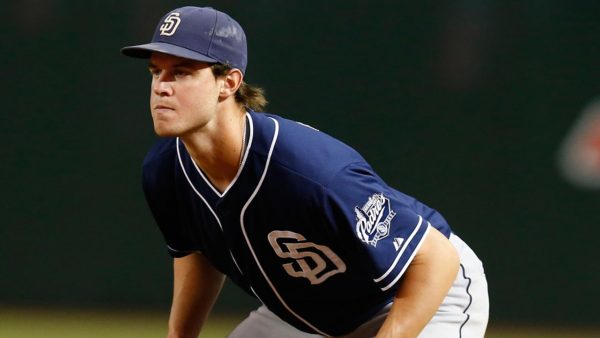 4. He Actually Wants to Hit in the HR Derby

Imagine that! A player who actually wants to participate in the HR Derby. Here is how the derby stacks up right now: David Ortiz is out. Kris Bryant is out. Anthony Rizzo is out. Yoenis Cespedes is out. Wil Myers? He’s all in. All MLB has to do is ask him. He was quoted as saying him being in the derby would be “great for the city of San Diego.” How great is that? Myers would be the hometown favorite at a place he has gone yard 13 times this season. Myers would have fun with it and make the HR derby watchable for all of San Diego.

(Plus, how sick would it be to see Myers in this jersey!) 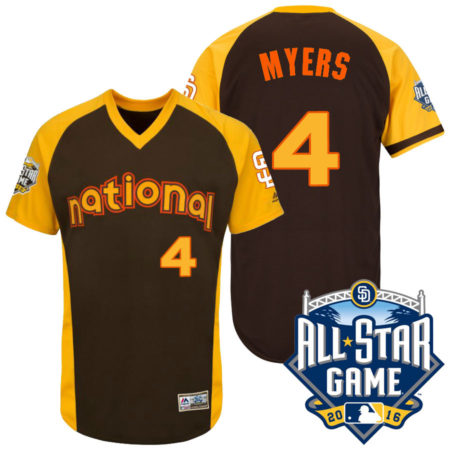 Okay, this is something that is definitely interesting to talk about. Statistically, according to Fangraphs, Wil Myers has been the ninth best base runner in all of baseball, just ahead of Mike Trout. Myers also has a career high already for stolen bases, with 13 successes in 15 attempts. This part of his game is something that is very underrated and is not something that a long of people talk about. Nick Canepa, a writer for the Union Tribune, is a perfect example of this. He tweeted saying that Wil Myers had a “lot of work to do” on his base running. Although Myers can probably still get better on the base paths, he is clearly one of the best in the league in that part of the game.

This #WilMyersFacts needs to start gaining traction. Check these tweets out and join in! Tweet your best hashtags to @EVT_News!

Wil Myers beat cancer. With his bat. There is no more cancer. #WilMyersFacts https://t.co/vPmJWl1dqb

“He taught me how to love a woman — and how to scold a child.” #WilMyersFacts

7. His Player of the Month Award

Let’s take a look at the players who have won MLB Player of the Month since 2015:

Of all of these players who won the award in 2015, only Stanton (due to injury), Choo, and Encarnacion were not All-Stars.

All of these players are expected to be selected to their respective All-Star teams. A Player of the Month Award can only help Wil Myers get into the midsummer classic.

Wil Myers being named All-Star Week ambassador is great. He is joining a pretty nice list of recent all-star ambassadors, a list that includes Torii Hunter, Derek Jeter, Albert Pujols, Todd Frazier, and Justin Upton. “It’s exciting,” Myers said in an interview with MLB.com. “It’s an honor to be chosen for that. I’ll be at a lot of the events and get to interact with the fans and be at the fan fest thing. So I’m excited about that. It’s a cool opportunity for me and I’m very honored to be chosen for that.”

However, him being named ambassador is not enough. In this upcoming All-Star week, Myers has a chance of becoming a household San Diego sports name amongst casual fans. How cool would it be for the ambassador to be named a player? San Diegans going to FanFest and local all-star events and seeing Wil Myers there is fantastic. What would be even better is those same San Diegans turning on the All-Star Game and seeing Myers actually playing alongside the greats of baseball today. It is a great opportunity for Myers to help the Padres start rebuilding their brand, a brand that has not been too good as of late.

I mean, sheesh. How can this guy not be an All-Star…. 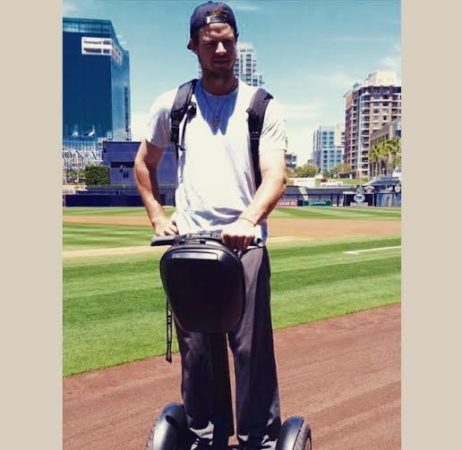 Bryce Miller of the Union Tribune had a tremendous proposal for All-Star manager Terry Collins: bat Wil Myers at DH, and bat him leadoff. It would be such a cool thing to see Wil leadoff for the NL team in the All-Star Game. Andy Green, serving as the bench coach, best be trying to convince Collins to make such a move. As for Myers? He supports the idea, too..

“I’ll play anywhere in the All-Star Game,” he said.

So there you have it! The All-Star Selection show is on Tuesday, July 5th, at 4 p.m. pacific. I am confident that Wil Myers will be chosen, and the entire week will be a great event for the city and Padres fans.