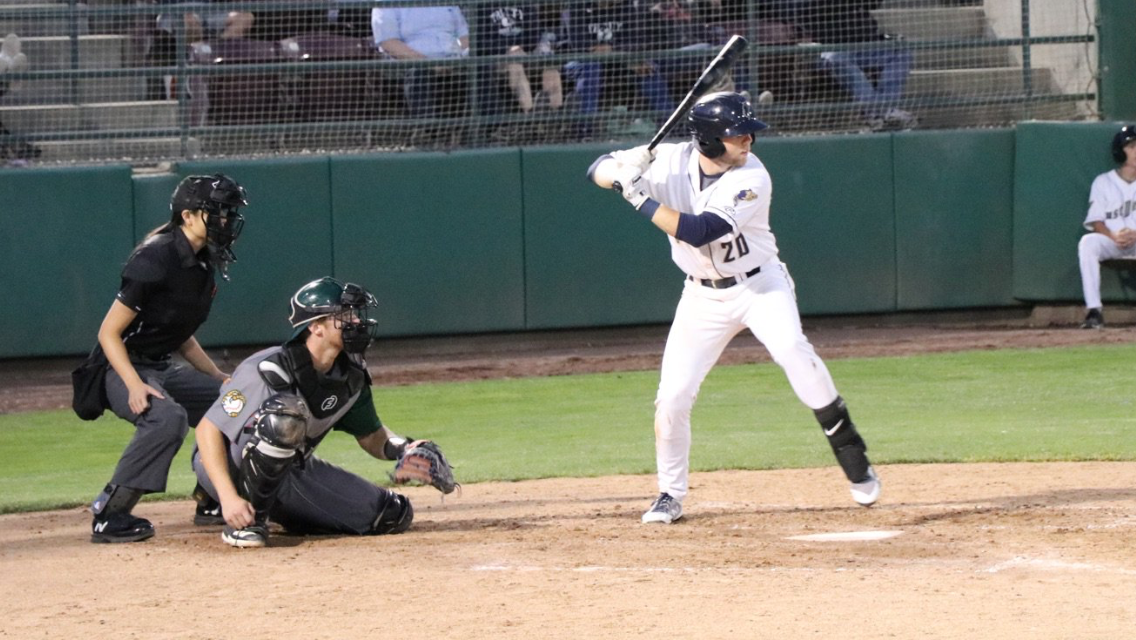 Here is an example of 10 minor league players who took a step forward in 2018 for the San Diego Padres.

As the minor league season comes to a close every fall, it is time for each major league team to evaluate their young talent.

The San Diego Padres have the honor of being one of the best, if not the best, systems in all of professional baseball. They have depth at virtually every level, so creating an article like this was pretty simple. The majority of the prospects in the system have made improvements of some sorts. Some have regressed, but that is natural when evaluating young talent and experiencing their growth.

The ten players in the article have stood out to me. In reality, I could have named a dozen more.

Starting off this list is this infielder from Venezuela. He started the year in the AZL and preceded to hit .395 in 125 at bats in the desert with a .940 OPS. Marcano was promoted to Tri-City where he recorded a .314/.355/.429 slash line in 70 at bats. He has the great ability to square up baseballs from his right handed swing, but lacks power. The 18-year-old is very thin presently, but he could develop muscle and strength in time. Defensively, he can play second base or short. He has decent foot speed and range in the middle infield. Tucupita should start the 2019 season in Fort Wayne.

Stolen from the Marlins for Fernando Rodney in June of 2016, Paddack has a chance to be very special. If not for a Tommy John surgery in late 2016, the big Texan might already be in the Padres rotation. The 2018 season was his comeback year and he wasted no time in establishing himself as one of the best hurlers in the system. Paddack started in Lake Elsinore and went 4-1 in 10 starts with a 2.24 ERA and a 0.90 WHIP. He struck out 83 batters in 52 innings while walking only four batters. He was promoted to San Antonio where the man put up even better numbers, going 3-2 in seven starts with a 1.91 ERA and a 0.72 WHIP. Chris Paddack will start the year in San Antonio or El Paso, and is only a phone call away. Health permitting, you will see Paddack in Padres uniform in 2019.

This young infielder is very impressive. I had the pleasure of speaking to him for an interview and he blew me away with the way he approaches the game. Though probably not blesses with the best physical skills, Miller competes on the baseball diamond. He wants to be in pressure situations and when the game is on the line, he is who you want in your corner. Miller was drafted in the third round out of Illinois State University this June. In just under three months, he has made it all the way to Double-A from the AZL League. Miller was recalled for the Missions playoff run and it is no coincidence that the team will play for the Texas League Championship, starting this Tuesday. Miller put up a .336/.386/.460 in 298 at bats (combined) in his first taste of professional baseball. He should start the year in San Antonio and will be a second base option for the team down the road. Miller can play short and that is an option, but there are some concerns about his arm strength at the position for the long term.

Flying under the radar is this left-handed pitcher from Rider University who was selected in 2017 with a seventh round pick. He is not a mid to high 90’s thrower. Margevicius is a pitcher in every sense of the word, as he constantly uses eye angles and pitch selection to get batters out. He has an excellent curve that he changes speeds on and uses it to strike batters out consistently. Margevicius started the year in Fort Wayne where he was named to the Midwest League All-Star game recording a 5-5 record with a 3.07 ERA and 1.15 WHIP in 13 starts in Indiana. He was promoted to Lake Elsinore, where he went 5-3 with a 4.30 ERA and 1.31 WHIP. Margevicius was recalled to the Missions for their playoff run and pitched the game to a win in game four of the series. There is much to like from this pitcher who might begin again in Lake Elsinore or start in San Antonio. Either way, he is close and needs to continue to show the intangibles that cannot be recognized on the stat sheet.

Edwards is an impressive player who was selected this season in the amateur draft out of high school. The 19-year-old middle infielder has top-notch speed as he swiped 22 bases in 45 games this 2018 season. Edwards started the year in the AZL, where he put up a .384/.471/.466 slash line in 21 games with a .937 OPS. He was promptly promoted to Tri-City where he hit .314 in 24 games. He is still very raw, but the tools are there for him to be very successful for a long time. He has speed and range to play shortstop and should be able to stay there long-term. The switch hitter is also blessed with an above average arm. Edwards will probably begin the 2019 season in Fort Wayne.

Although this switch hitter struggled greatly in the Texas League, he showed great promise with his approach and work ethic to get better. Reed was brilliant in Lake Elsinore this season recording a .921 OPS in 79 games. He showed power (12 homers) and speed (33 stolen bases) while flashing Gold Glove potential in the outfield. He still struck out at an alarming rate in Lake Elsinore (84 in 315 at bats) and failed to record walks (24) as you would like to see from a leadoff hitter. There are things to work on for this 23-year-old. He took up the game late in his life, as Reed was a hockey player growing up. His athleticism is great, so do not sell this young man short as he has the drive to get batter. He will repeat San Antonio and should give a much better effort there in 2019.

A switch to the outfield went fairly smooth for this Canadian slugger in 2018. I have been saying for years that he gets a bad rap on his defense and footwork as he has athleticism for a big man. Most evaluators judge Naylor by his looks without actually watching him play the game. He started the 2018 season on fire as he hit .379 in the month of April with seven homers and a 1.123 OPS. He cooled down, but still recorded a .297/.383/.447 batting line 128 games and 501 at bats. Naylor is not afraid to walk as he showed much more patience this year in searching for better pitches to hit. He walked 64 times this year, while only striking out 69 times. The left-handed hitter is still only 21 and that is amazing considering his offensive output. The power is starting to show as he slugged 17 homers this year. Naylor has decent upside and should start the 2019 season in El Paso. He is very close to being a big leaguer.

At the age of 18, this right handed pitcher has shown great maturity on the mound. He is armed with a mid to upper 90’s fastball as well has three off speed pitches. He has top of the rotation stuff and took a big step forward in 2018. Patino went 6-3 in Fort Wayne, recording a 2.16 ERA and a 1.07 WHIP in 17 games. He struck out 98 in 83.1 innings, while walking 24. The big right handed pitcher only allowed one homer on the year, as he is a tough competitor. His mechanics have been refined as his leg kick and stride are a bit complicated. Look for Patino to start the season in Lake Elsinore where he will be challenged by California League hitters.

Another pitcher who flies under the radar is this short in stature left-handed pitcher from Cuba. At 20, Hernandez is still young enough to be considered an excellent prospect. He went 11-4 in 21 games (19 starts) this season in Fort Wayne, recording a 1.81 ERA and a 1.191 WHIP in 109 innings pitched. He is not a hard thrower, but does have a tremendous ability to change speeds and keep batters off-balance. Osvaldo will start 2019 in Lake Elsinore and should have great success as he simply knows how to pitch.

He made it all the way to El Paso this season and is painfully close to the major leagues. The 21-year-old is still very young, but has shown great growth this calendar year. He went 14-6 in total between San Antonio and El Paso, recording a 2.54 ERA and a 1.08 WHIP in 24 starts and 148.2 innings pitched. Allen only allowed 110 hits in that time as he has proven to be a tough pitcher to square the ball up against. I don’t expect him to start the year with the big league club, but he is very close. 2019 should be an exciting year for Logan Allen and his family.

That would have been my list.. Maybe an honorable mention for Austin Allen with almost identical numbers at San Antonio to last year in A+..

Awesome article. James, I would love your thoughts on Hudson Potts. I am curious if you have any inside knowledge on where he stands with the Padres and what scouting circles think of him? Is he a starter with the Padres?

I wasn’t able to see him at LE, but I do like his story and from what Ive heard and read he could be a starter and possibly more if all breaks right. Not surprised he isn’t on this list probably, but he I think he took a step forward this year.

Thank you. He was on the bubble for this list. Was a bit over matched in San Antonio, but he had a very impressive year none the less. He has a great attitude and wants to get better. He looks like a prototypical power hitting third baseman.

I would have included Andres Munoz.

Yeah, I thought he should have been included too. Well written article….

I would have if he didn’t start the year off injured and only throw 19 innings in San Antonio. Still tremendous upside with this young pitcher.

None of these guys will be playing in San Antonio in 2019, except as members of the visiting El Paso Chihuahuas, or unless they get traded to the Rangers. San Antonio is switching franchise affiliations from San Diego to Texas, moving up a level to AAA, and will play in the Pacific Coast League.

Actually, the ML affiliation of San Antonio’s PCL entry next year is apparently still an open question; Texas is a possibility, but so is Milwaukee, or possibly other franchises. As you said, the Padres’ AA affiliate will be Amarillo, still in the Texas League.

As seen at Viejas Arena: SDSU vs. UNLV

3 Keys to an SDSU Aztecs victory over Utah State